I don’t really need to say too much on this post – the picture below says it all.  Please say hello to Boris – our little Basset Hound pup that we collected on Saturday and brought home in the hope he will share his life with us, his new owners. Boris is our second Basset Hound – sadly our first hound Oscar passed away in November 2015 after 13 magnificent years (more to follow in another post) and I never for a moment imagined that we would have another Basset Hound so quickly. Luck was on our side, however, and he became ours over the Valentines weekend. I so wanted to call him Romeo but that didn’t go down too well with hubby who was adamant he would be called Boris (after Boris Karloff). Boris is a Russian name meaning fighter and somehow I think that is quite appropriate as he is full of energy and mischief and I think he will be quite the feisty hound as he gets older. His official name is Blevwils Pot of Gold because of his beautiful golden coat and he is just ten weeks old. I have a funny feeling that there will be many more posts about Boris to come ! 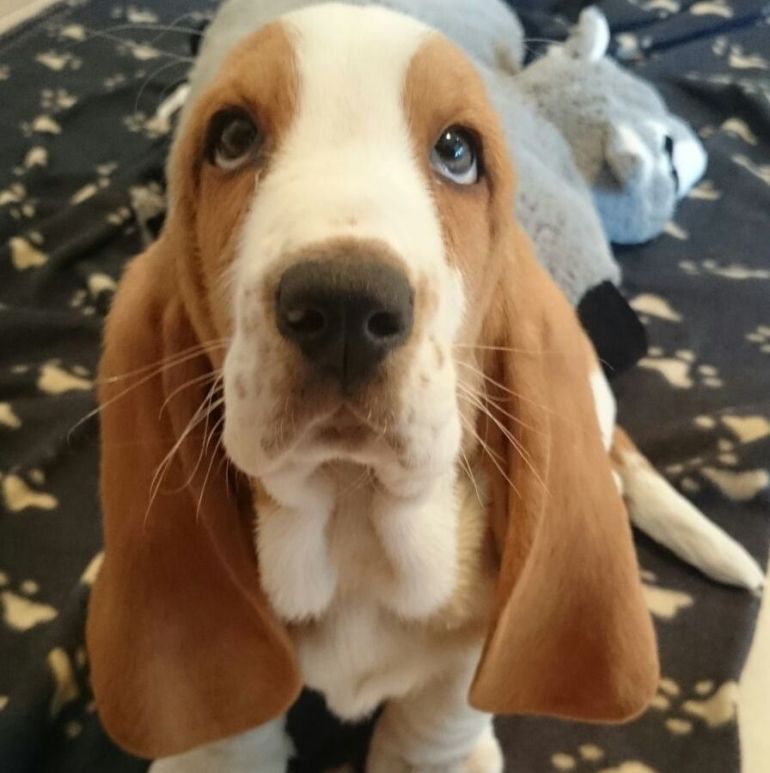