The week before last I finally got to go to Berlin – a trip that was booked immediately after returning from a fabulous holiday in Menorca last September (which I blogged about here and here). Does anyone else do that – book another holiday as soon as they get back from one? I was so full of wanderlust after Menorca and wanted to go somewhere I hadn’t been before and Berlin seemed like the perfect choice. It has always struck me as an intriguing and  enigmatic place to visit – an impression I’ve formed no doubt from it’s compelling history and from watching too many spy movies.

I have to say – Berlin did not disappoint.  Having spent three jam packed days there, I came away thinking what a vibrant, evolving city it is – much bigger than I thought it would be, full of history but with a modern edge and a skyline dominated by cranes as it continues to  reconstruct itself.

Thankfully on our first day, we were blessed with lovely weather – it was cold but sunny and as we made our way by foot to the Hauptbahnhof (Berlin’s central station) where we got on one of the sightseeing buses, we realised just how cold it had been before we arrived. As we crossed a bridge over the river Spree, we could see huge chunks of ice melting under the gaze of the afternoon sun. 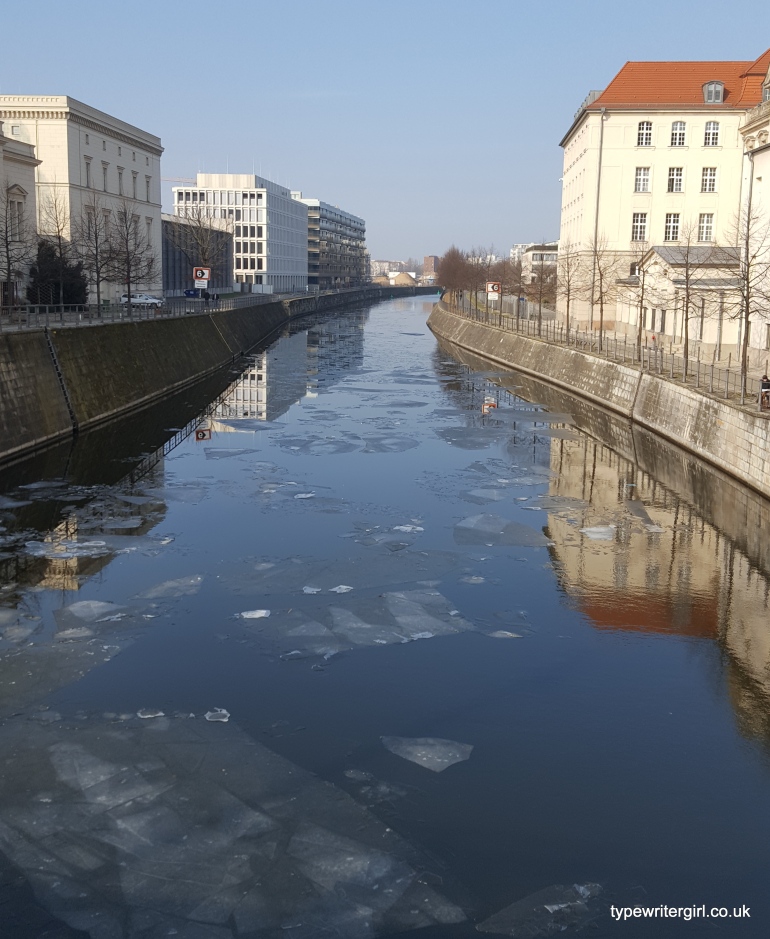 Thankfully, it was a little warmer once we got on the bus.  And as the bus started up around its route, we settled down to take in some of the sights and learn a little of Berlin’s history through the headphones. To be honest, I think we were both just so happy to finally be in Berlin, after what has been a few stressful months.

Berlin is full of so many interesting sights that it’s not possible to talk about all of them in one blog post. So I will just share one of my personal favourites today and that was Schloss Charlottenburg (or Charlottenburg Palace).  It was one of the first stops where we hopped off the bus to wander round and enjoy the beautiful architecture on a sunny afternoon in February.

The palace was named after Queen Sophie Charlotte and it’s history dates back to the 17th century. It was damaged during the Second World War but has been since been restored and in fact, work was still ongoing while we were there. What caught my eye was the beautiful architectural detailing – the gilding on the entrance gates and on the dome of the palace shone brightly in the sunshine

A formal garden surrounded by woodland was added to the back of the palace and we enjoyed a walk around the grounds which were starting to fill up with joggers, dog walkers and tourists like ourselves.

We came across the pavillion, also located at the back of the palace. I loved the colours of the shutters and the architectural features. 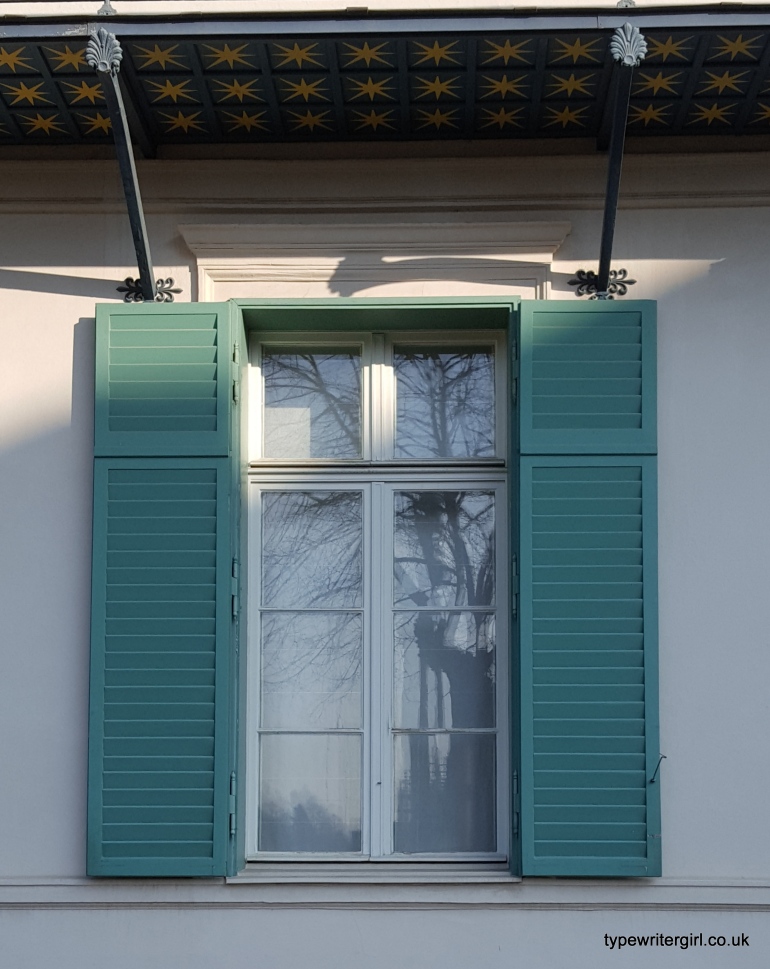 And as we made our way back round to the front of the palace, I was again quite taken with the view to the entrance gates and the cobbled square beyond. 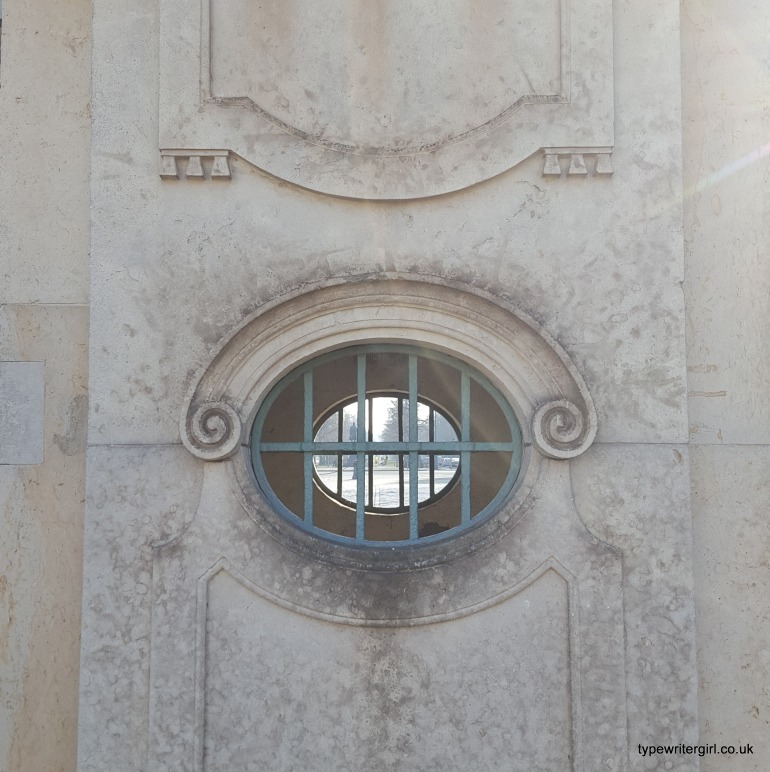 We walked out into the square and it dawned on me then what a beautiful start to our holiday it was. Out came my phone again to take this picture, an image to capture our first hour or so in Berlin, before hopping back on the bus and on to the next discovery. 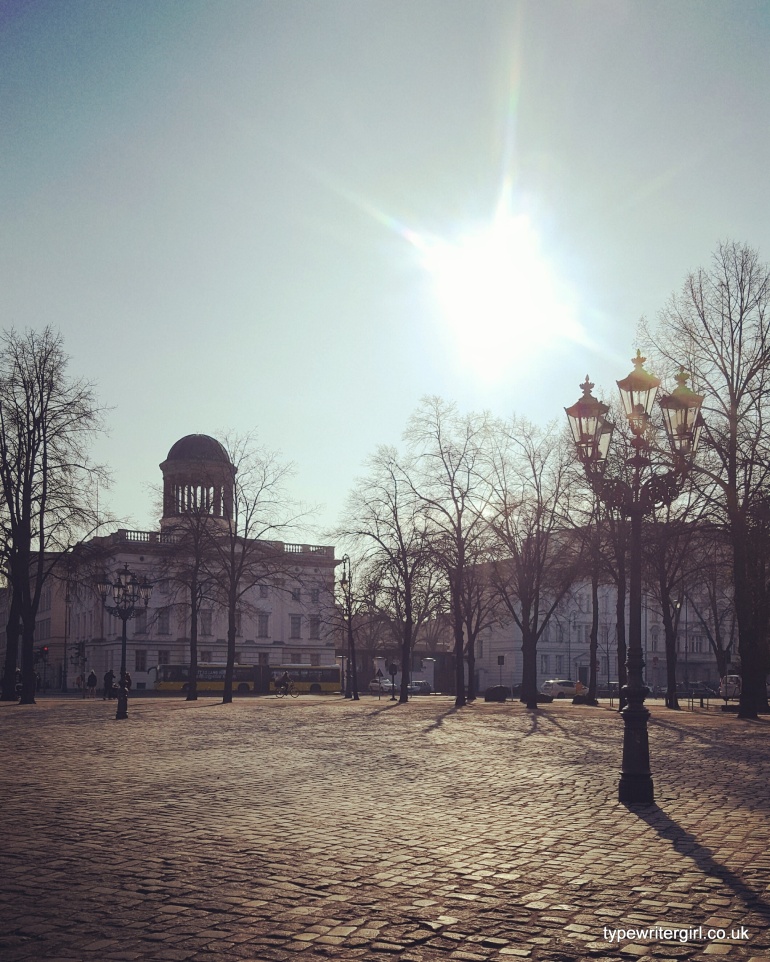 I hope you’ve enjoyed this little snapshot of our trip to Berlin. I plan to share more pictures in the coming weeks. In the meantime, if you are interested in knowing more about Schloss Charlottenburg you can visit this website.