Sometimes, good things happen just by chance. As luck would have it, I had to take two days off last week as I am having to get a series of steroid injections in my hand and the doctor advises rest for 48 hours after each one. I know that doesn’t sound like good luck, but it turned out to be the very same two days when snow was forecast. I was quite sceptical about the forecast this time round, I didn’t really imagine that much snow would fall, but as it turns out, the forecasters got it right this time.

On the morning of my first day off work, we  woke to significant snowfall and instead of having to get up and drive through the snow, I was able to snuggle back down under the duvet for a while longer.  What a luxury ! Then, when Dad dropped me off after my hospital visit, I was able to get outside and play with Boris in the snow. By this stage, some cars were no longer able to get up the hill we live on and I was very glad I wasn’t having to drive home from work in the wintry conditions. Of course, the doctor advised rest..but did I listen ? Heck no, out I went instead into the snow with my camera to try and capture some of the pretty views..a stroke of serendipity indeed. 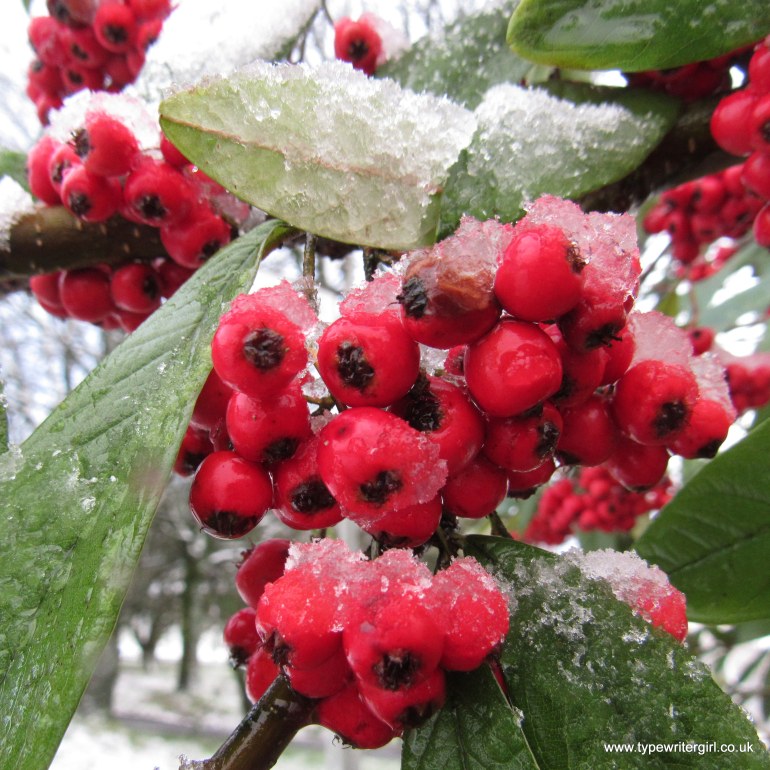 By yesterday, the snow was still with us and as luck would have it again, I happened to notice the sun had made a rare appearance. Out I went again, around the back roads where I live, as the late afternoon sun lit up the snow in the fields. 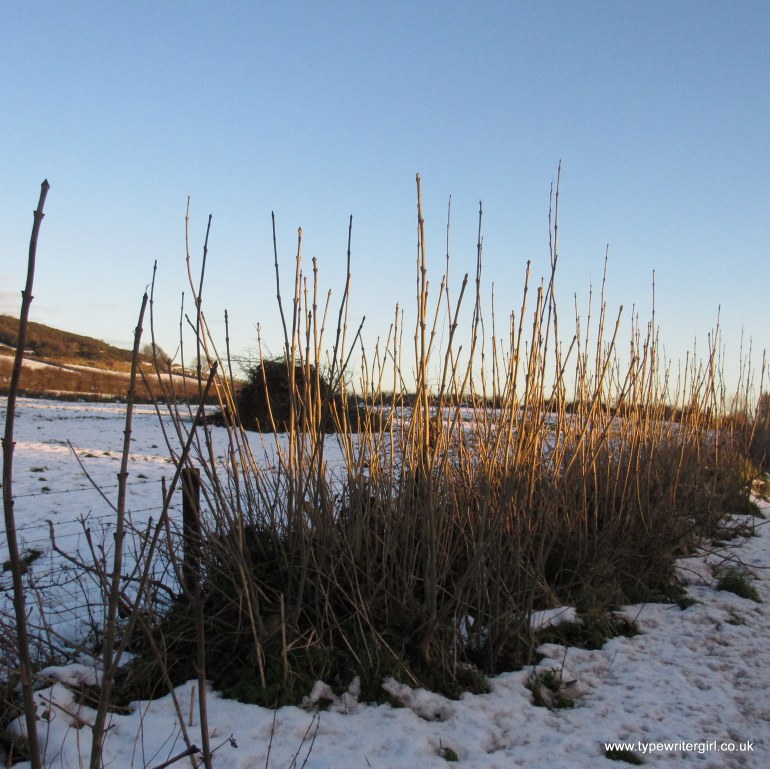 By the time I made my way round to the end of the road, the sun was slowly setting behind the hills in the distance. I stood there by myself for a time, not  another soul to be seen,  and whilst many wish for spring to arrive soon, I sometimes wonder if winter could linger a little longer, for views like this. 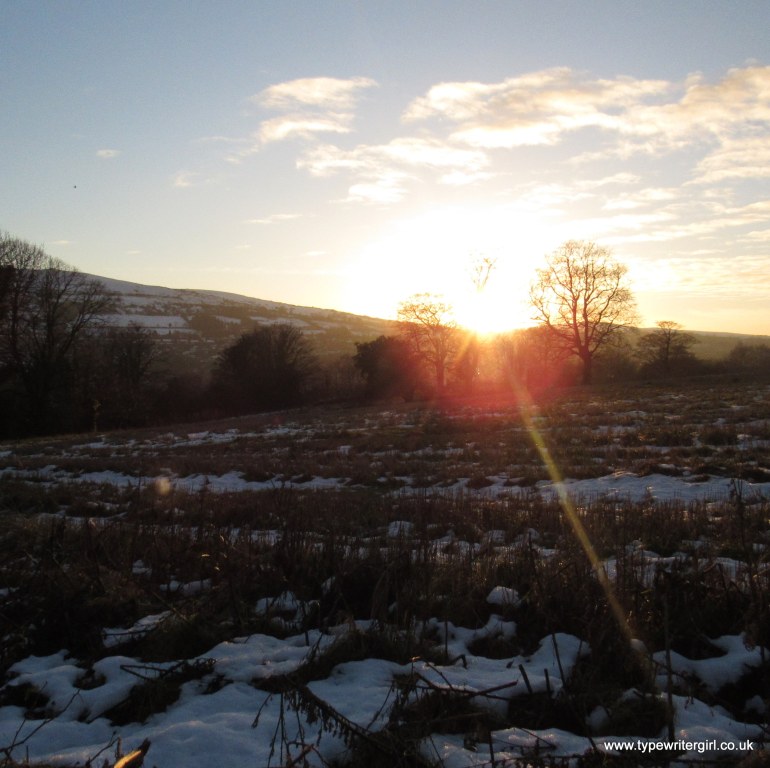 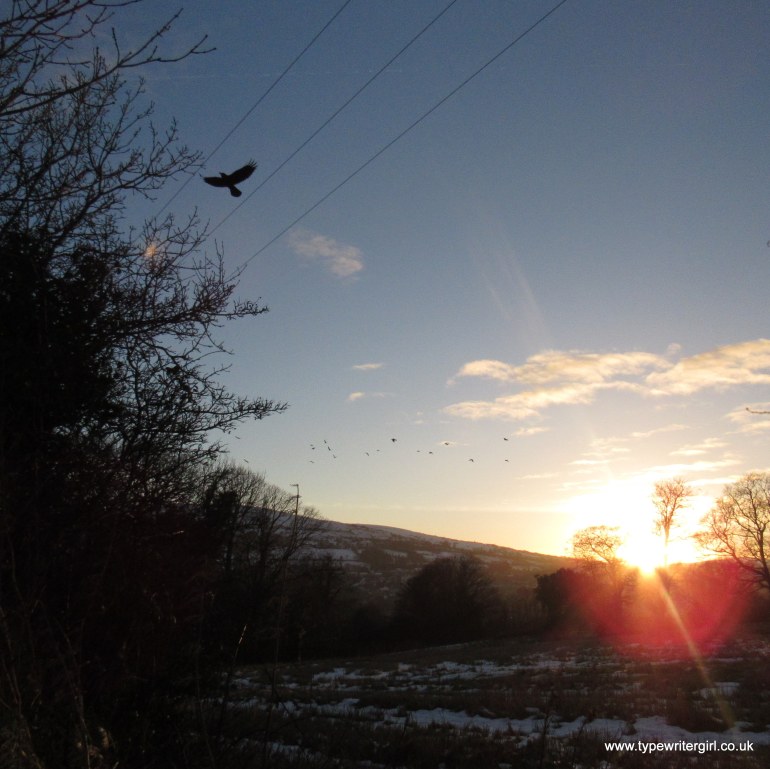 It looked then like the birds were starting to make their way home.  I decided it was about time for me to go too, as it had got darker and a good bit colder. I took in the scene one more time before turning round and heading home. 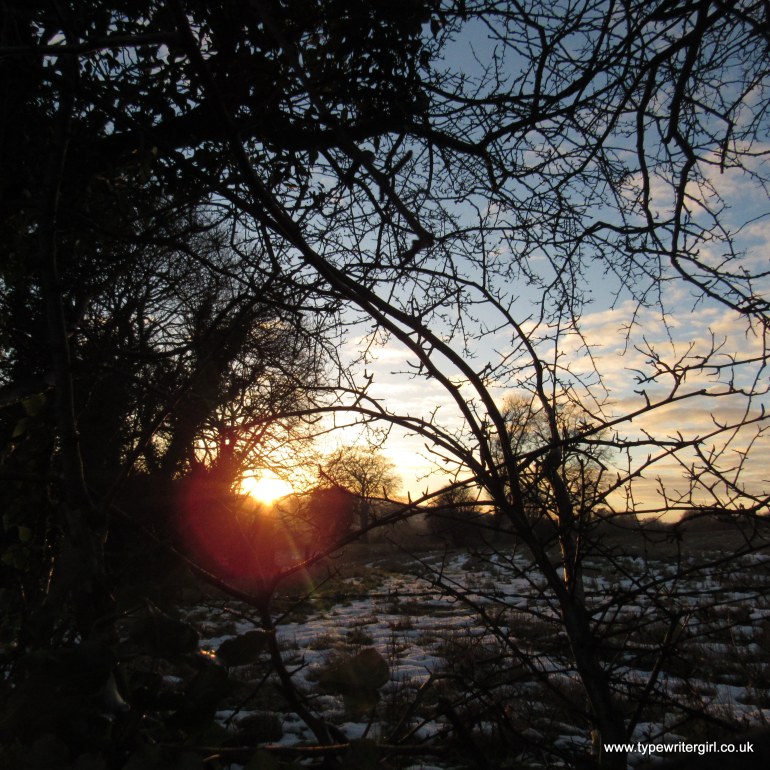