We love to get away at this time of year for a short break, just before autumn ends and winter takes over. Our destination this October was Rathlin Island, which lies approximately six miles  to the north of Ballycastle off the north coast. Rich in history, flora and wildlife (seals, puffins and the elusive golden hare all live there), it seemed like the perfect destination for a weekend escape – a chance to go for long walks, breathe in the fresh air and enjoy the wonderful scenery.

Our journey started with a 10:30 am ferry crossing on Saturday  morning leaving from Ballycastle.  It was a little choppy to say the least and I think a few passengers including myself were quite happy to see Church Bay and Rathlin’s harbour come into view about 45 minutes later. Thankfully, after checking in at our hotel right at the water’s edge and enjoying a warming cup of tea, I was feeling back to normal again and for the rest of our stay,  we enjoyed walks around the harbour, the coastal lanes and country back roads. Amazingly, we were blessed with beautiful weather, allowing us to make the most of our short stay.  We walked around eight miles, I think, on the Saturday alone ! And with scenery like this, it was hardly surprising. 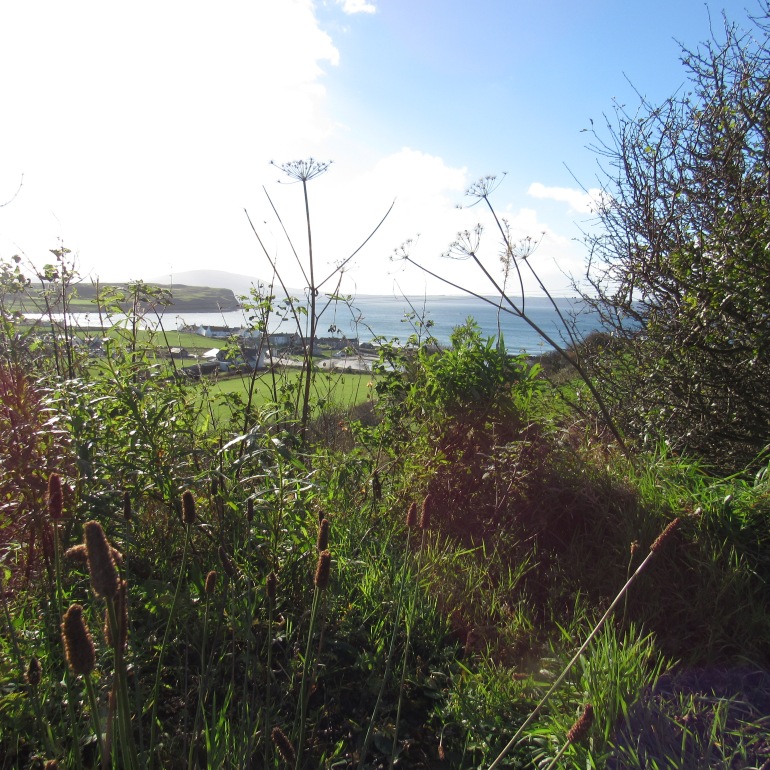 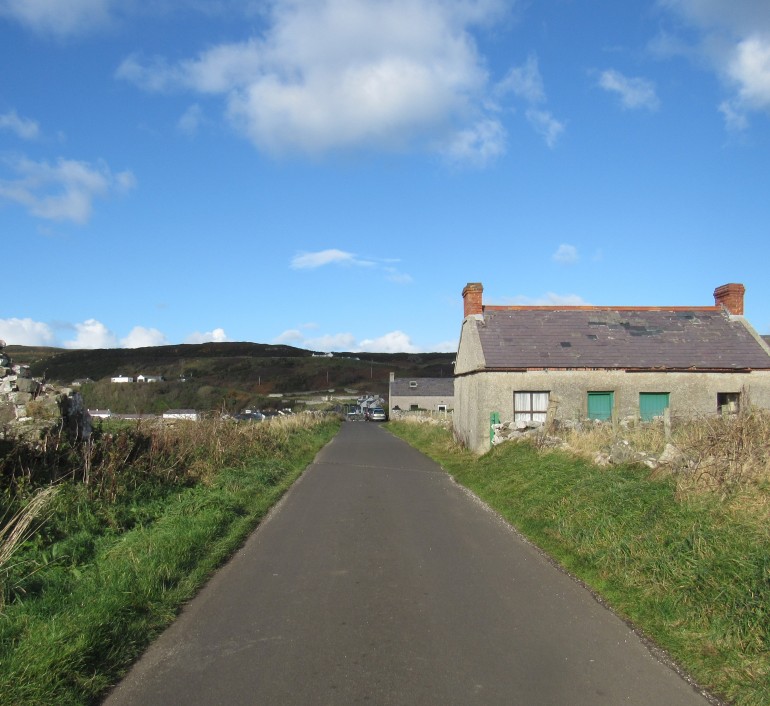 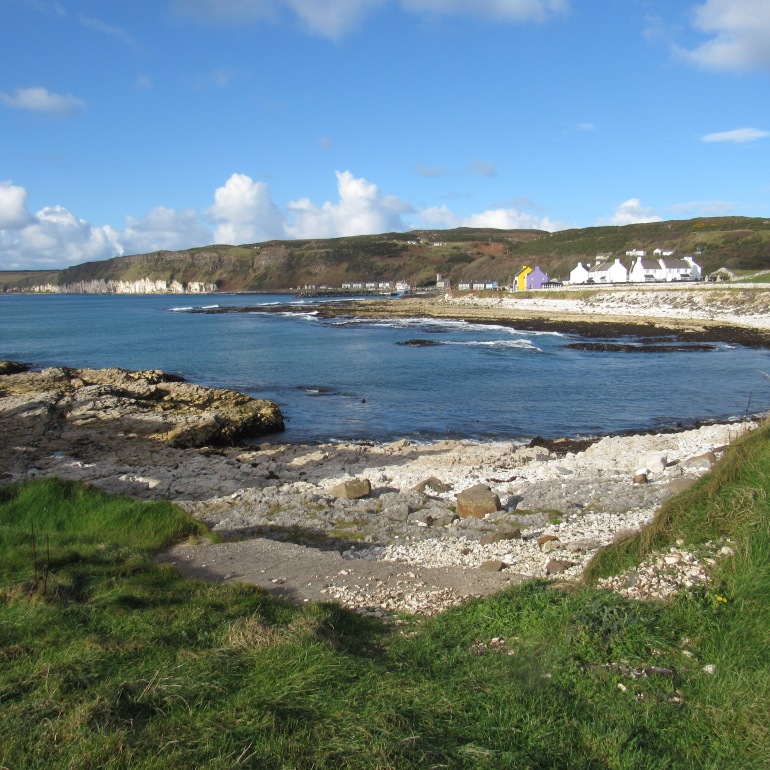 We came across the Kelp House, situated just further along from the harbour,  a place where seaweed was gathered up by local workers until the 1930s and burned in stone kilns. A ruin now, its empty windows provide picture perfect views back to Church Bay. 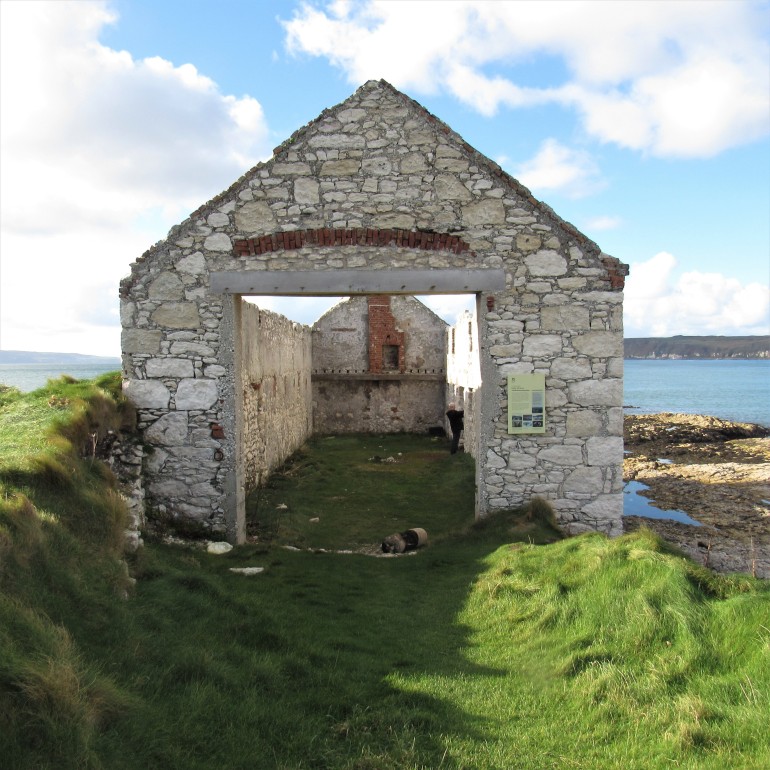 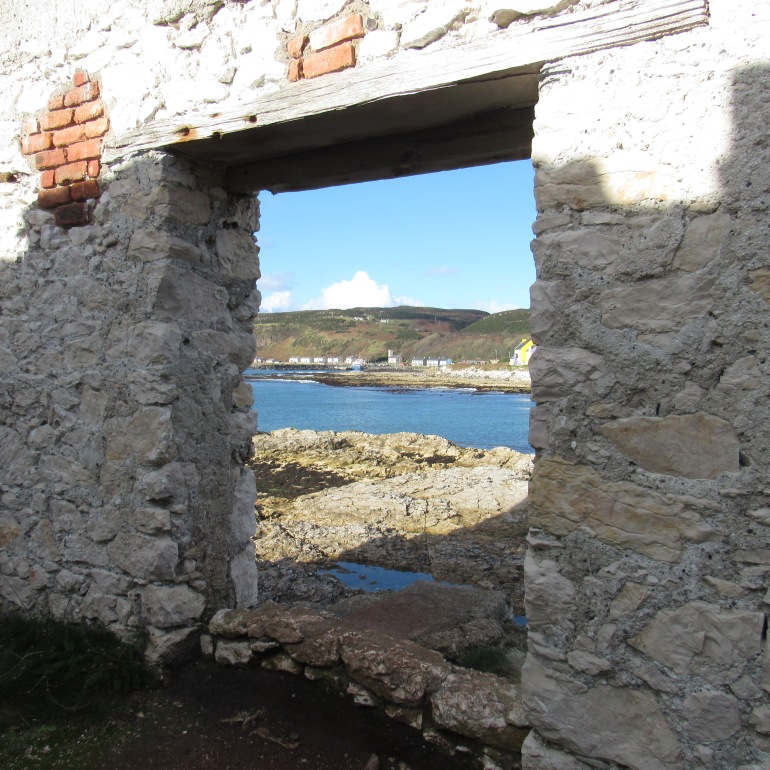 Heading a little further south, we reached the picturesque Mill Bay,  home to seals we could see basking on the rocks in the afternoon sunshine.  With no one else around, it felt like we had the place to ourselves, just us and the seals, and if the cottage nestled on the bay had been habitable, I would have been happy to settle there for a few days. 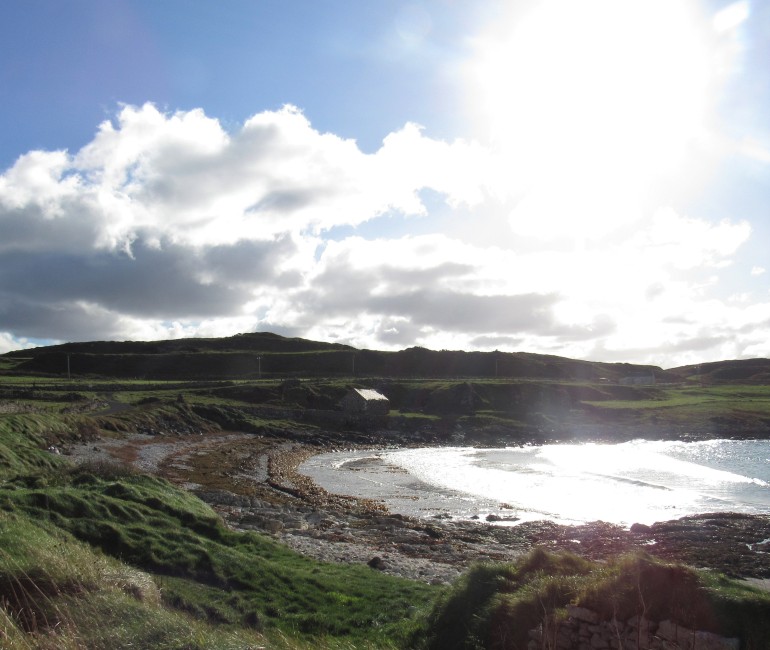 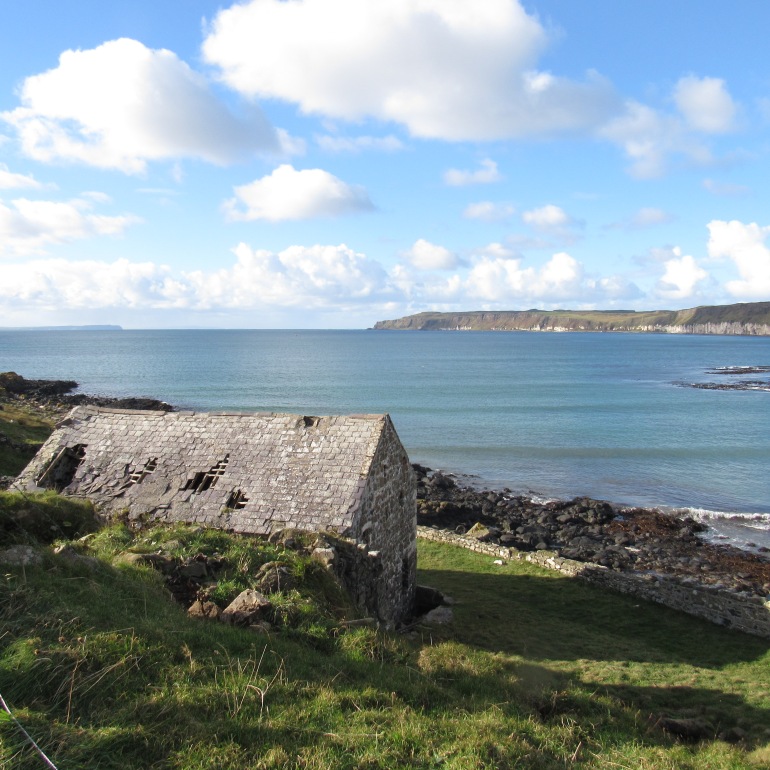 As the day drew to a close, we headed back to our hotel for a glass of wine and a bite to eat, and with all that fresh air, it wasn’t too long before we were both fast asleep !

Next day, we woke to a beautiful sunrise and with us due to get the return ferry at midday, I was keen to make the most of our last few hours. Out I headed with my camera, this time turning right from the hotel and heading a little further west to visit St Thomas’s church which dates back to around 1812,  say hello to the seals and enjoy again the beautiful views. 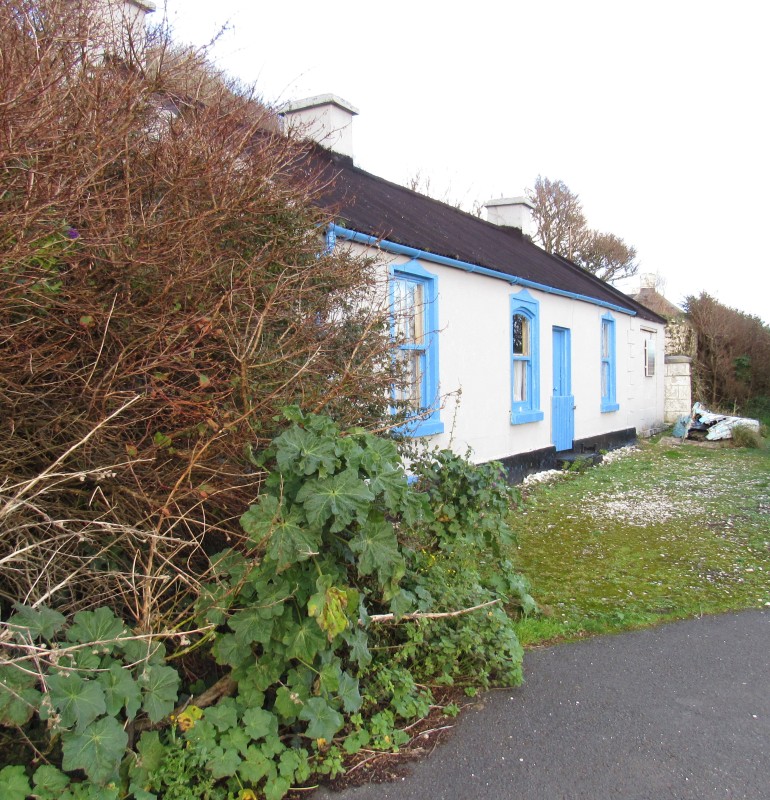 I loved how I could see the sky and hills reflected in this pretty blue window. 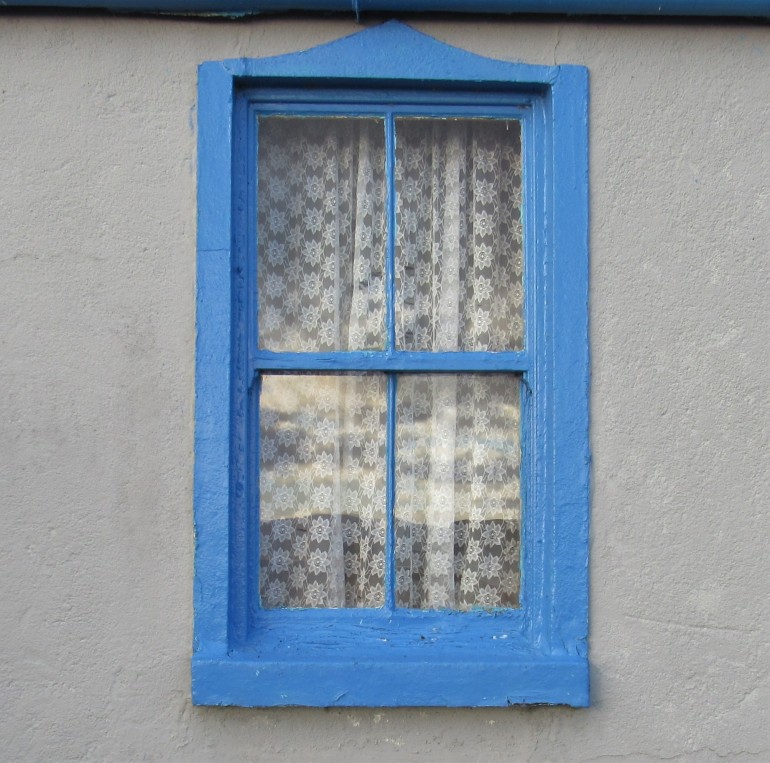 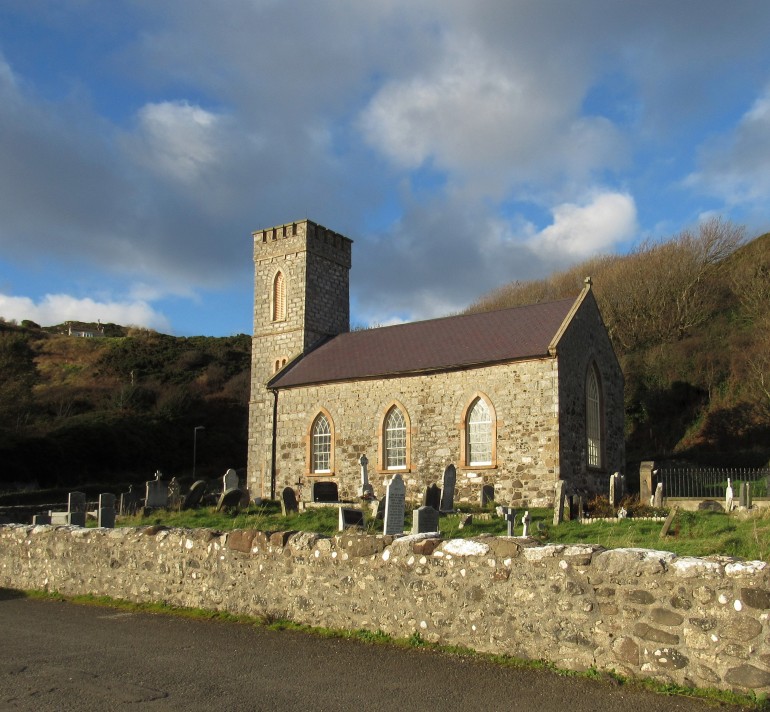 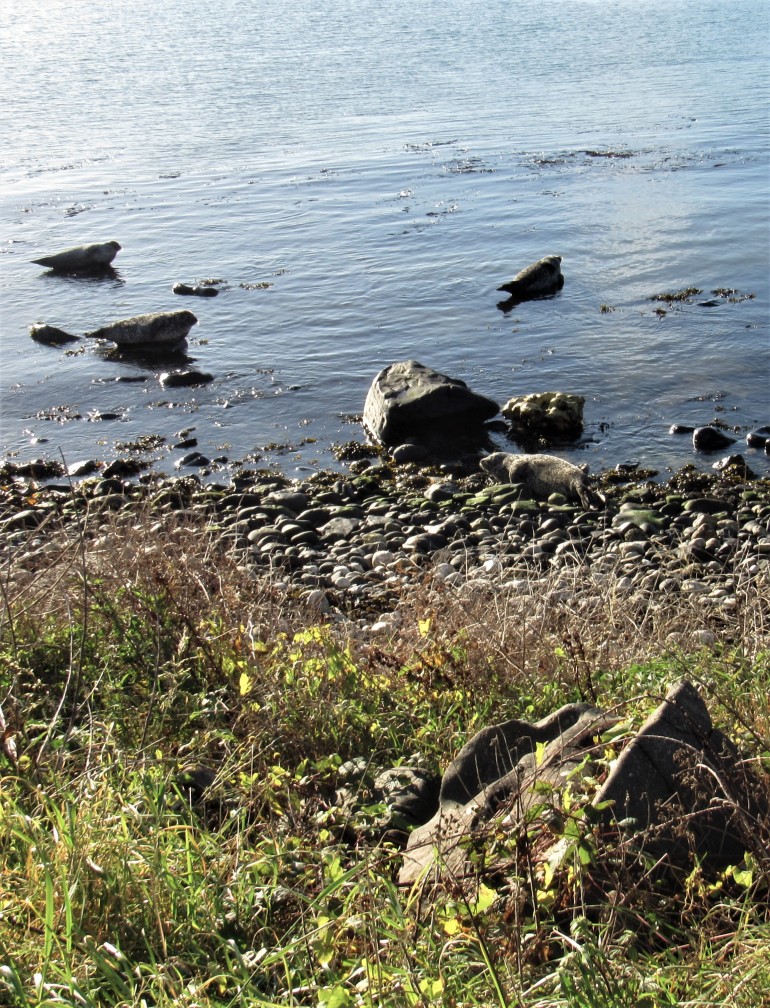 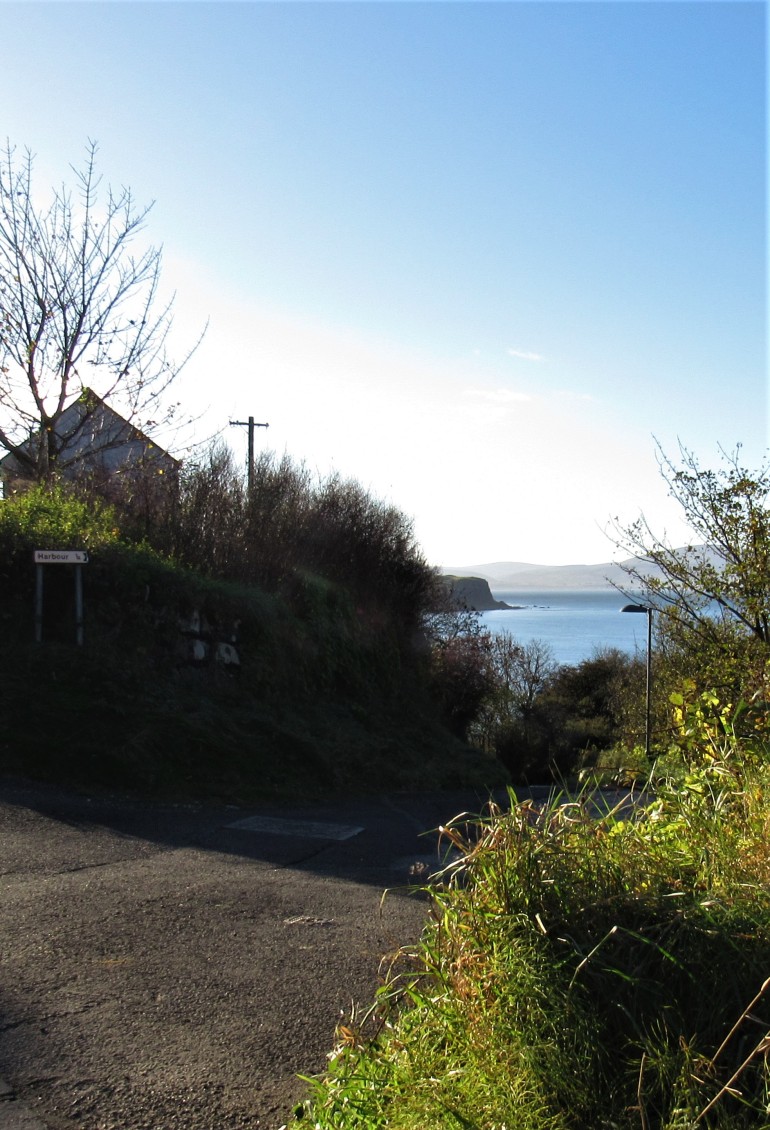 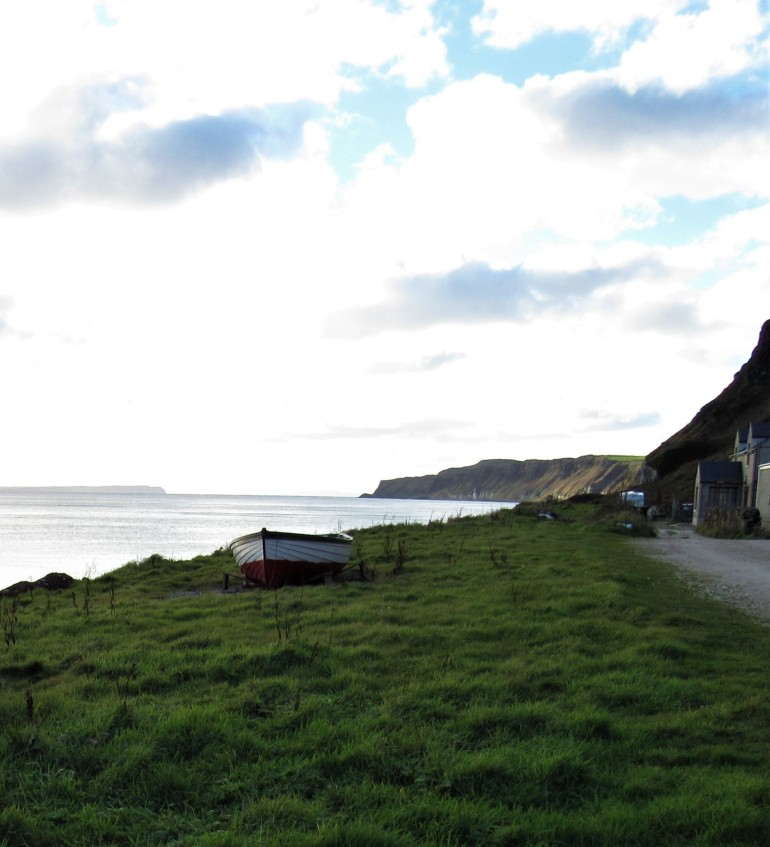 Even the local cows came out to keep an eye on us. And look at the colour of that sky (no filters needed whatsoever). 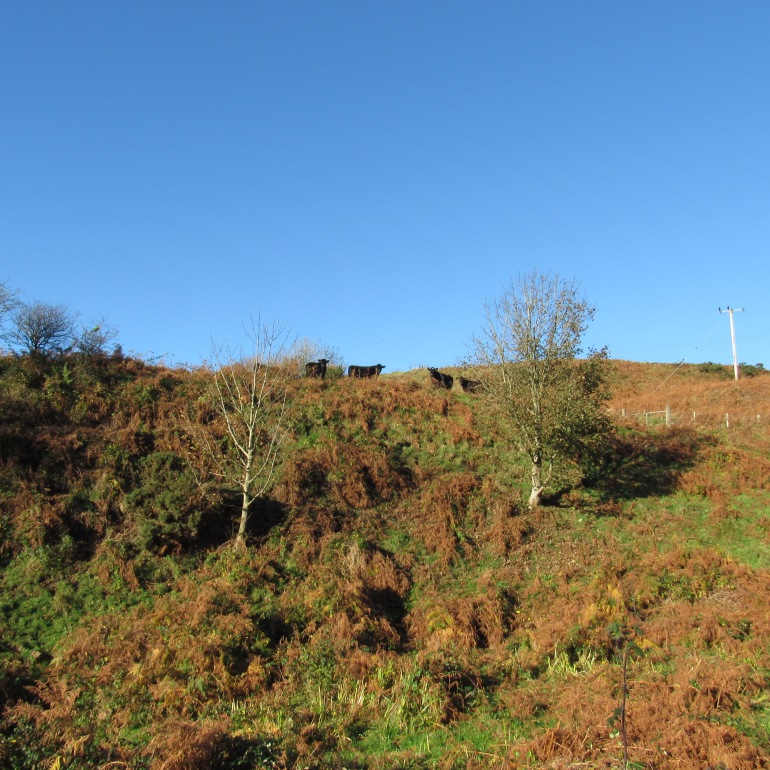 Midday came round far too quickly and then it was time to get the return ferry back to Ballycastle. This time, we were on the express ferry which only lasts thirty minutes and with the sea calm, it was a more pleasant ferry crossing second time around. Sailing across the expanse of sea, with the Mull of Kintyre on one side and the hills of Donegal on the other, I felt like I had stepped into an Irish folk tale and I was half expecting some mythical creature to rise from the sea at any point. As it turns out, I wasn’t far off the mark (see the interesting facts below !).

All in all, a wonderful trip and just what we needed. I can’t recommend it enough. There is plenty more to see including lighthouses as well as the famous puffins who make the island their home for a few months each year. It would be lovely to return in spring to see them.

I’ll leave you with sunrise on Rathlin… 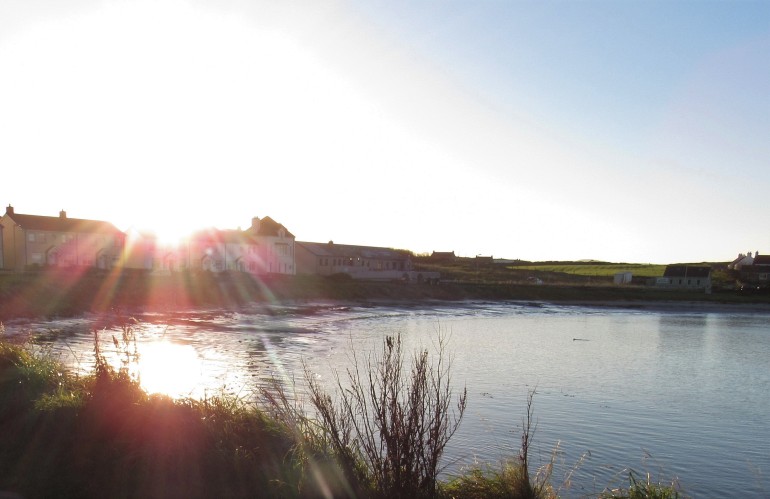