A few weeks ago I spent a weekend in the city of Armagh, approximately an hour’s drive from Belfast. It’s a city I’ve never visited before and I admit I’m slightly embarrassed by that fact.  Then again, I suppose, having no family or friend connections to the place, it hadn’t been on my radar. All that changed when I discovered that my maternal ancestors hail from the county of Armagh and suddenly, I felt compelled to start visiting the county, its villages and its provincial capital Armagh City.

Armagh is the ecclesiastical centre of the island of Ireland, St Patrick having founded his main church there in 445 AD. It’s a small city, home to two cathedrals, both situated on hills and both named after St Patrick and is the centre of a county famed for its apple orchards, hence it’s also known as Orchard County.

We stayed for two nights and with no set agenda spent our time walking the city, taking in the sights and learning a little more about its history.  And although it might be small in size, it certainly punches above its weight. We discovered beautiful Georgian architecture arranged around a central mall of trees and greenery (like a scene from a Jane Austen novel),  charming streets that appear barely changed in time, a city with layers upon layers of history and a good range of independent shops, cafes and restaurants. In my view, no weekend break is complete without tea and cake during the day followed by some good food and wine in the evening !

I can’t possibly cover everything the city has to offer in a single blog post. So I’ve just shared some of my personal favourites, to hopefully give you a sense of the place.

1.St Patrick’s Cathedral (Catholic). The impressive twin spires of the cathedral overlook the city on an elevated site.  The foundation stone was laid on the 17th March 1840 but it was over 60 years before the cathedral was completed, work having been suspended during the period of the Irish Famine. The interior is equally breath taking. Personally I enjoyed wandering around the adjacent cemetery, taking in the local stories of love and loss and admiring the cathedral loom large in a grey sky. 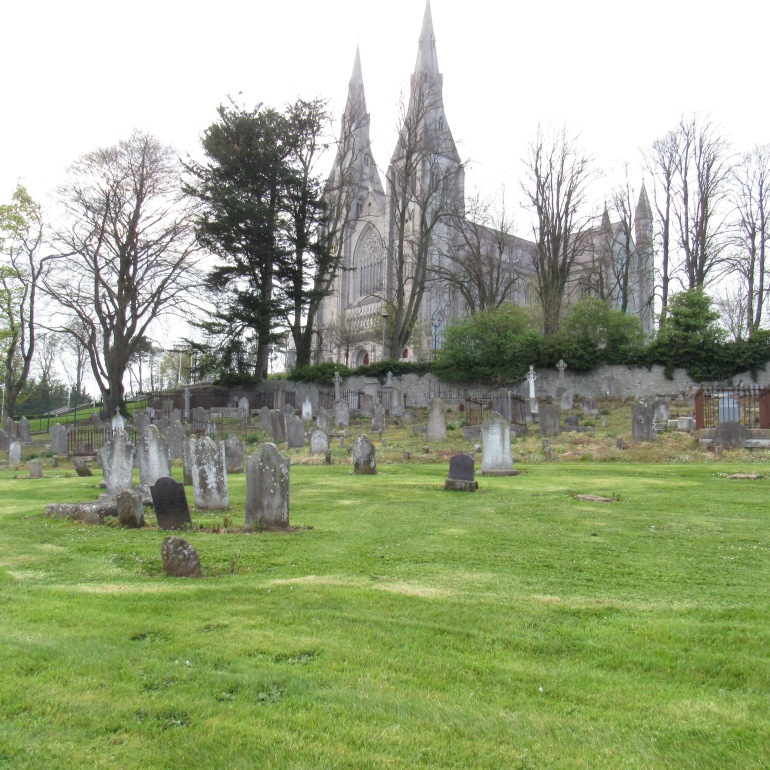 2. The Mall. From 1731 to 1773, this was originally a horse racing course with monthly trading fairs. In 1765 Archbishop Robinson arrived and he began a plan to redevelop Armagh as a city to rival Dublin. Horse racing, it would seem, did not fit in with his vision for the city and he gifted a new mall to Armagh as a public walkway. Over the years the tree lined promenade became an area for sports such as cricket, football and rubgy. Loving green spaces myself, this is a beautiful open area to walk around and also admire the elegant Georgian houses that line the avenue.

Towards the top end of the mall you’ll find the melancholy statue of a little girl carrying a bucket and spade. This was built to commemorate the lives of the 89 people (many of them children) who tragically died in Ireland’s worst railway disaster in 1889 during a Sunday school excursion to the seaside at Warrenpoint.

You can read more about what happened here 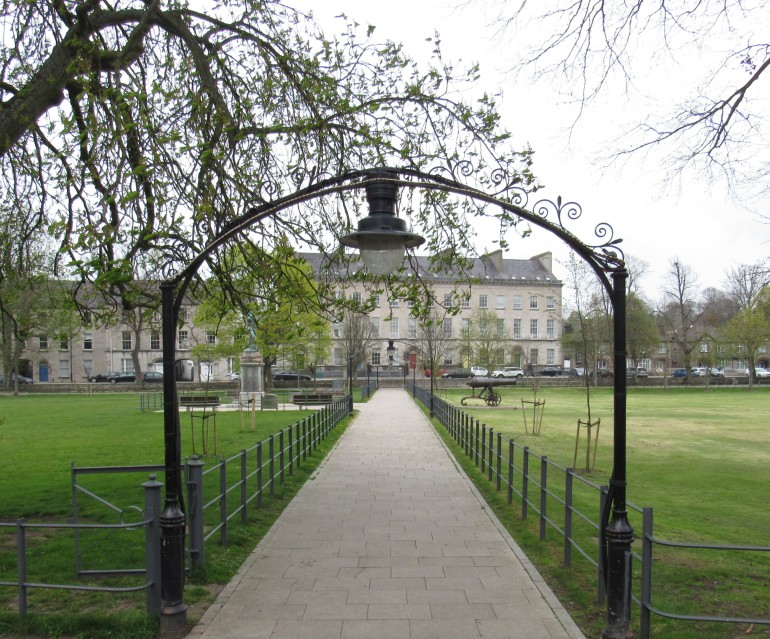 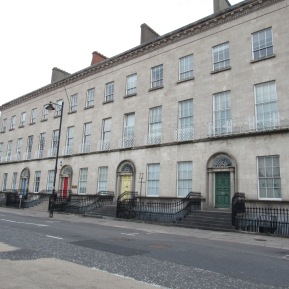 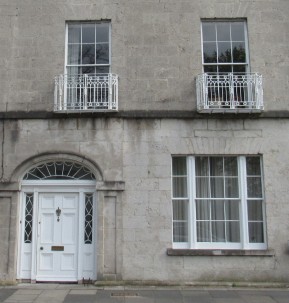 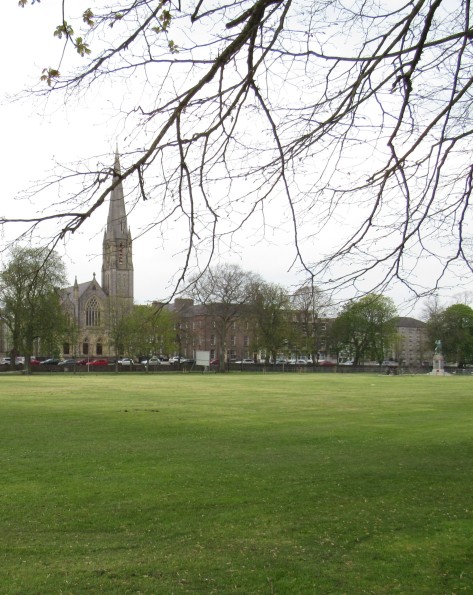 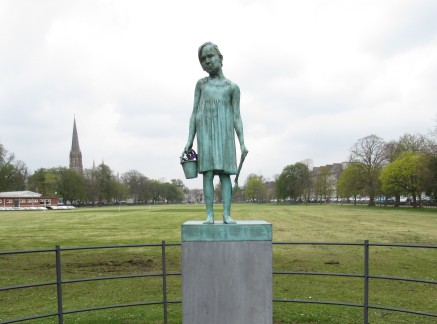 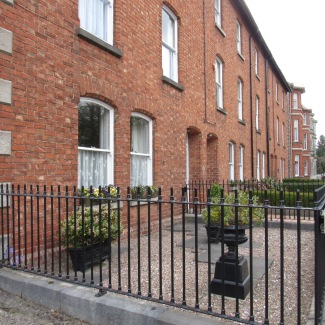 3. The Palace Demesne Public Park. Situated within walking distance of the city centre lies The Palace Demesne Public Park, again the creation of Archbishop Robinson.  Some 70 acres in size, this is a vast green space to wander around and while we were there it was filling up with joggers and dog walkers on a chilly Saturday afternoon.  From the entrance we took the short walk up to the Palace itself, an impressive building which was the residence of the Archbishops of the Church of Ireland from 1770 to 1975.  The blossom was in abundance, adding a touch of spring to the grey stone exterior. 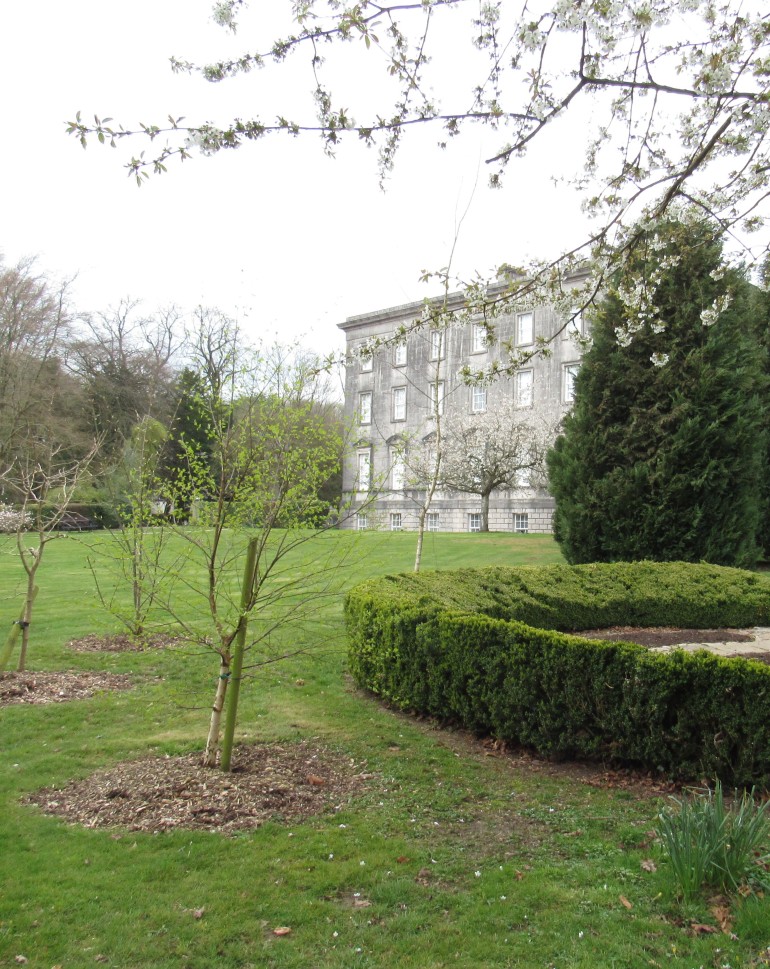 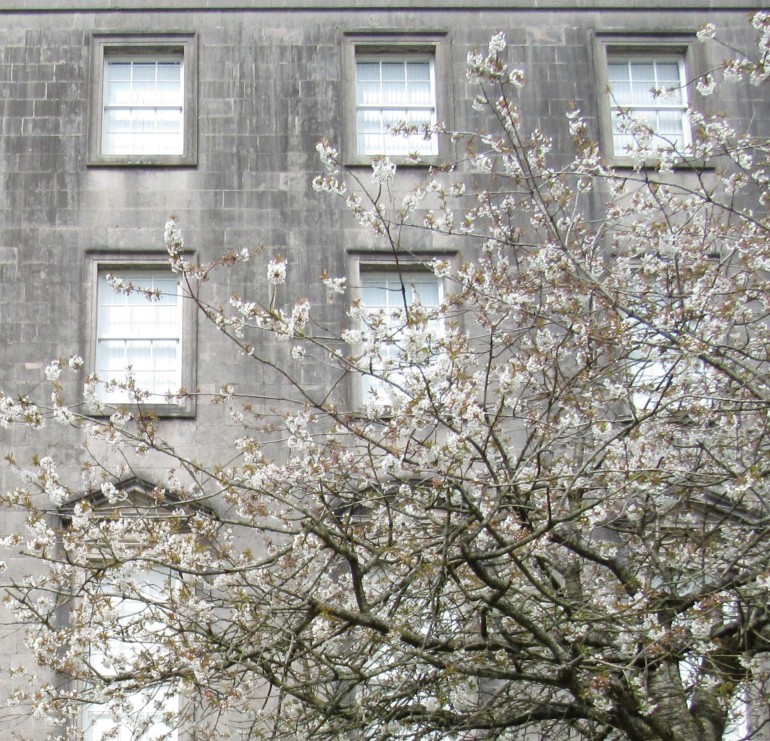 Behind the Palace, we discovered a garden, complete with green house, flower beds and cherry blossom. 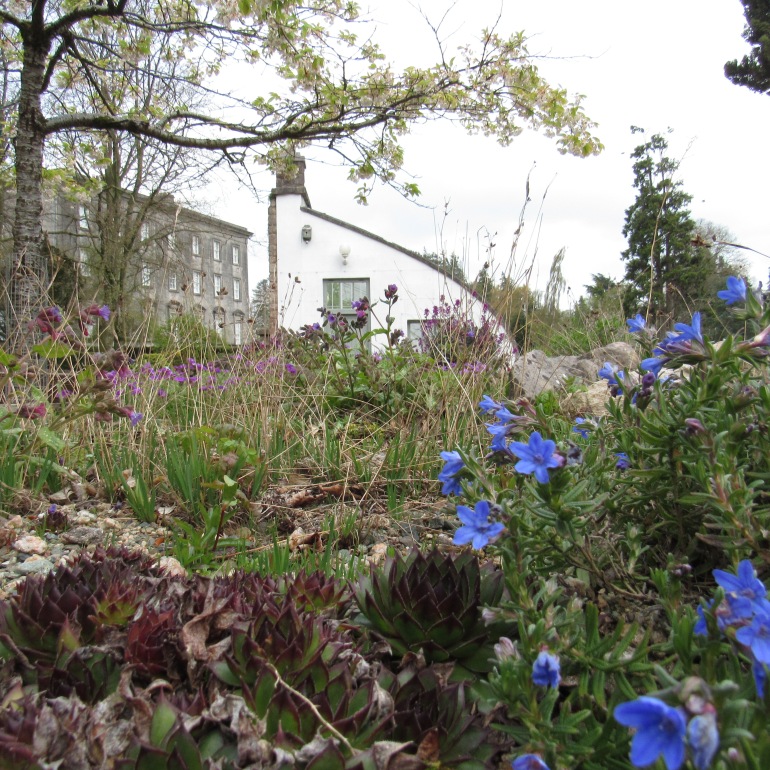 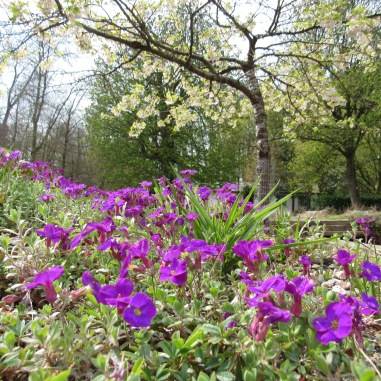 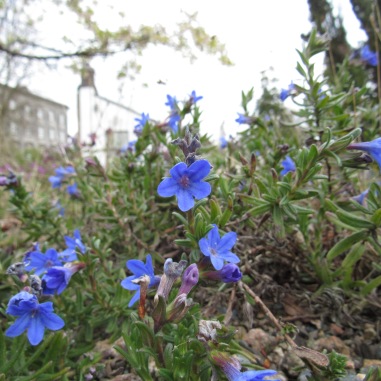 4. St Patrick’s Cathedral (Church of Ireland).  As mentioned above, St Patrick founded his Great Church on this hill in 445 AD. The present building dates from 1268 and was last restored in 1834.  We didn’t get to see inside as there was a service taking place but to my total joy we did discover a beautiful garden in the grounds of the cathedral and I was happy to wander around here for some time, despite the cold. When the sun came out in the afternoon, I went back for a second visit. I hope to share more pictures in another blog post. 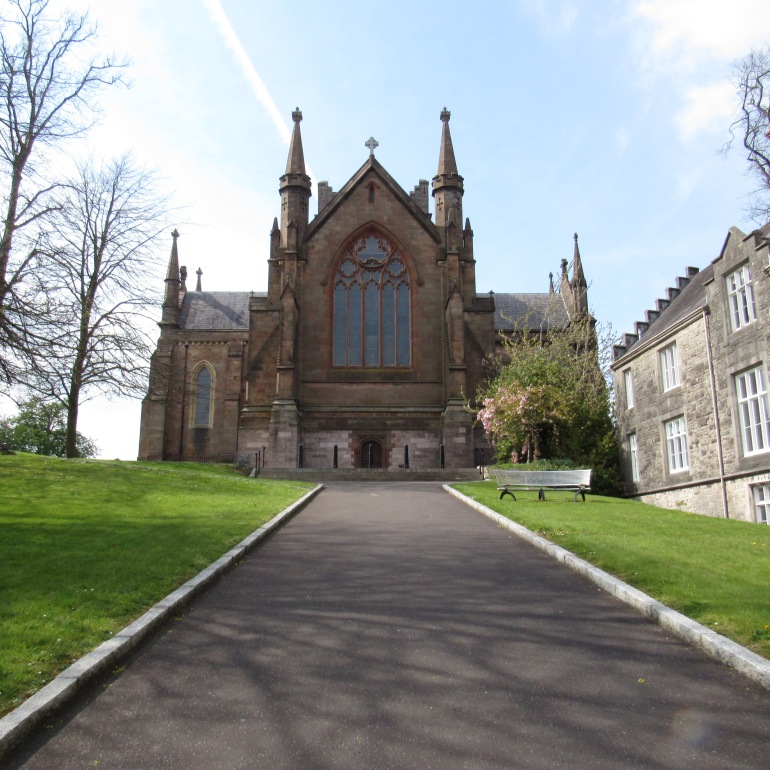 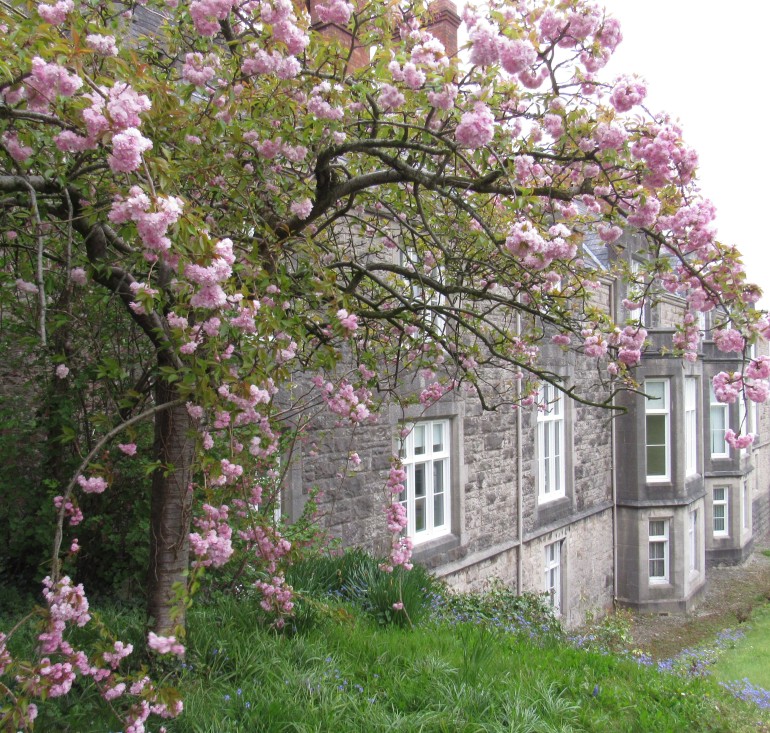 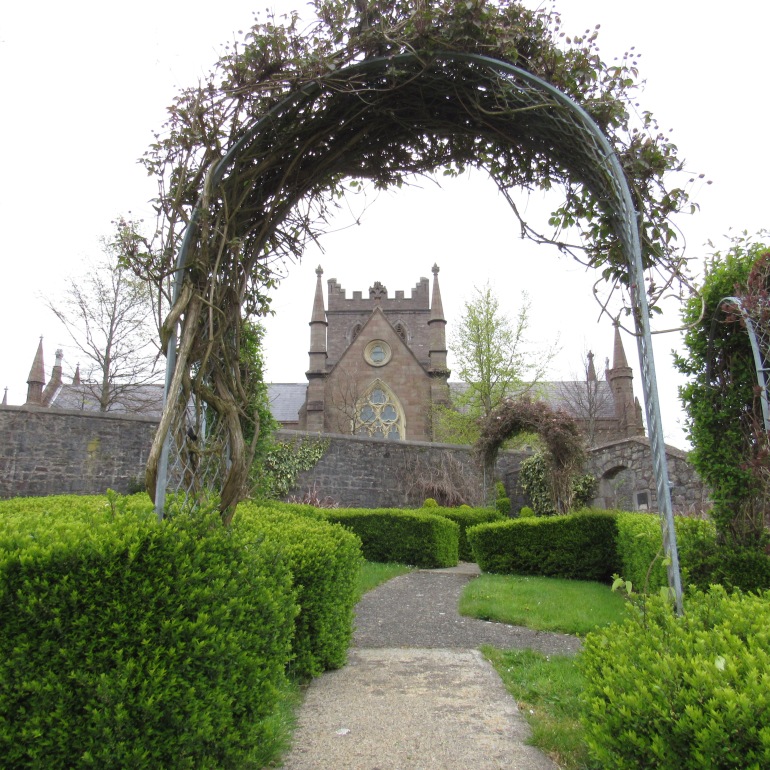 A view from the church garden 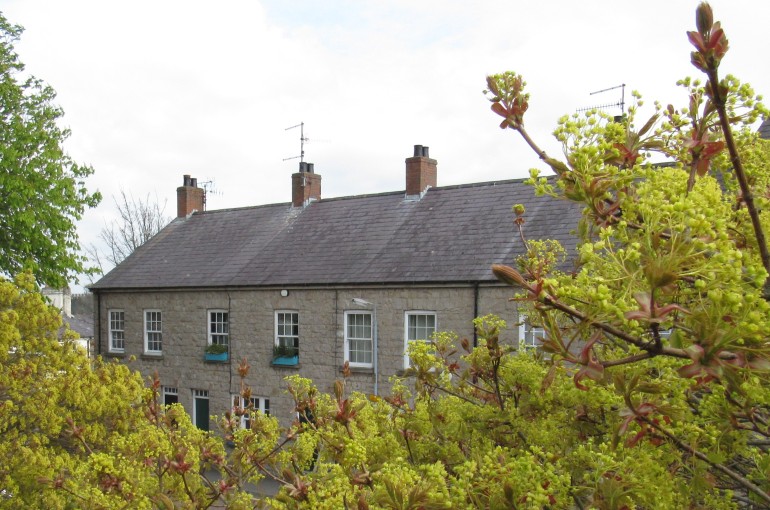 5. St Mark’s Church. Situated just off the Mall and set back from the road lies St Mark’s Church, built in 1811 as a chapel of ease to St Patrick’s Cathedral. It was its impressive daffodil lined entrance that caught my eye and we decided to explore a little more. We discovered a beautiful old graveyard at the rear of the church, offering more insights into the city’s past, including the gravestone of a man lost at the battle of the Somme and another for a man who managed the asylum for the blind. Sadly, we came across a gravestone erected by a man in loving memory of four young children he lost, including one in the Armagh railway disaster. I have to say, it brought a tear to my eye. 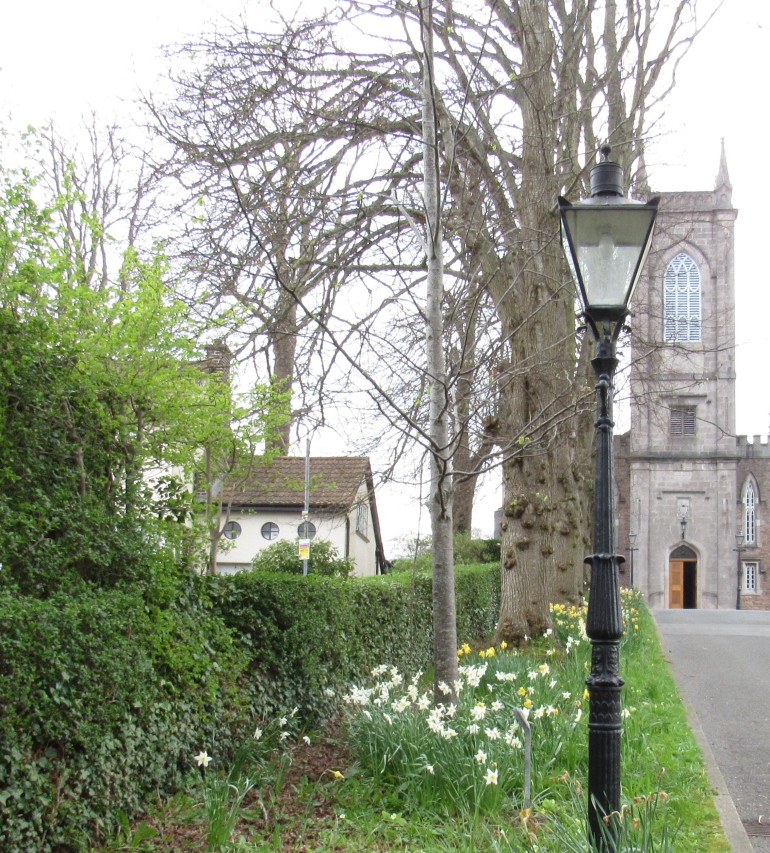 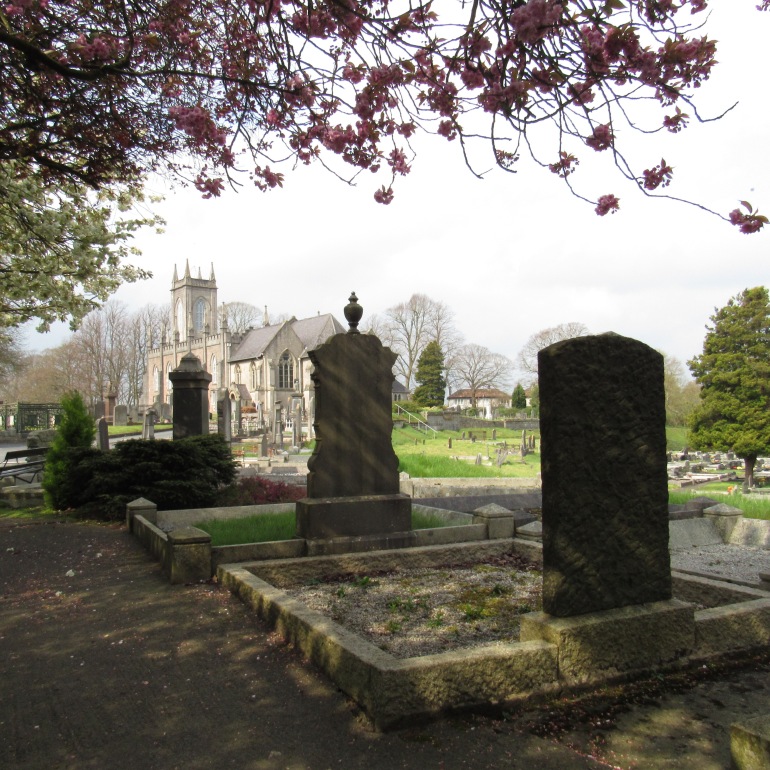 All in all, we really enjoyed our short stay in Armagh – a hidden gem to be honest as we had no idea it had so much to offer. I will definitely be returning as we ran out of time to visit other attractions such as The Planetarium and the Armagh Public Library. I won’t need to wait too long though. As next weekend is the Apple Blossom Weekend, I’m pretty sure I’ll be making the trip down then !

For more information, check out the Visit Armagh website.